Share :
Scroll down to discover
What are you looking for? 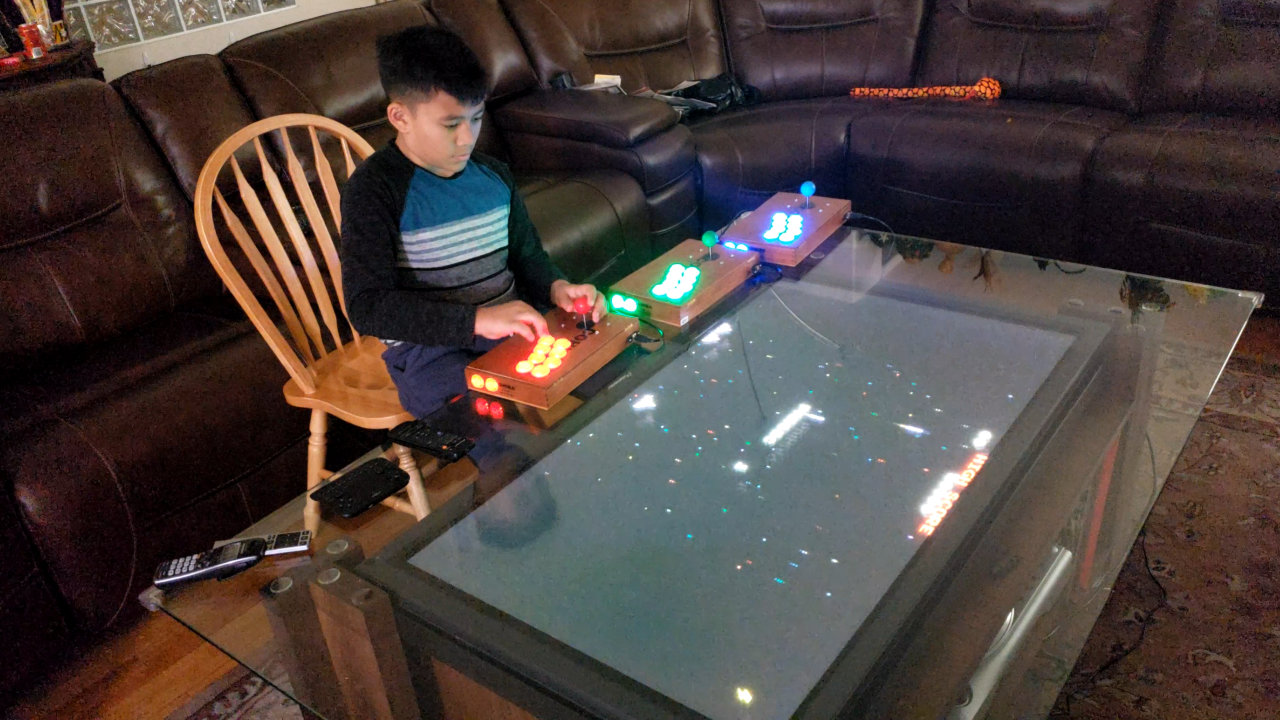 This is a project I had started a while ago. My parents upgraded their plasma TV and were going to throw this one out. I felt it was still good so I decided I wanted to do something with it. I was thinking about a security camera monitor, but I with the size of it I think it lent itself to a table. In any case I hate throwing things out that are perfectly good. This seemed like the ideal project to recycle(upcycle?).

We upgraded our couch and the coffee table we had was too small. So I decided to make a bigger coffee table since they get more expensive the bigger they are. I also wanted to restart my YouTube channel and was struggling with what to focus my content on. I had been watching a lot of woodworking videos and I have some tools leftover from when we moved into the house and installed the bamboo flooring.

Below is the video documenting the build. I am sort of winging it as I don’t know Premiere very well. It has a Raspberry Pi 3b+, a VHS recorder, a Record Player, a LaserDisc Karaoke machine, and Bluetooth Speaker. I’m looking at getting a different small form factor computer to make better use the monitor. Maybe something AMD based. I don’t think I’ll go the Raspberry route again.

I also didn’t want to just use ordinary joysticks. I had seen videos of people making their own controllers and I felt I could pull it off. I miss the sensation of playing in an arcade. I spent so many quarters playing stand up arcade games.

I went to a few different smoking/cigar shops to find boxes that would fit all the buttons that came in the kit. I bought quite a few cigar boxes that I didn’t use for the joysticks, but I have other projects in mind for them. One of the cigar boxes didn’t hold up well and I need to replace it. I also need to put some rubber feet on the bottom of the joysticks so they don’t slide around.

I also need to get better at shooting video.

Below are the links for the components I used.